Alunah at the Hope and Ruin 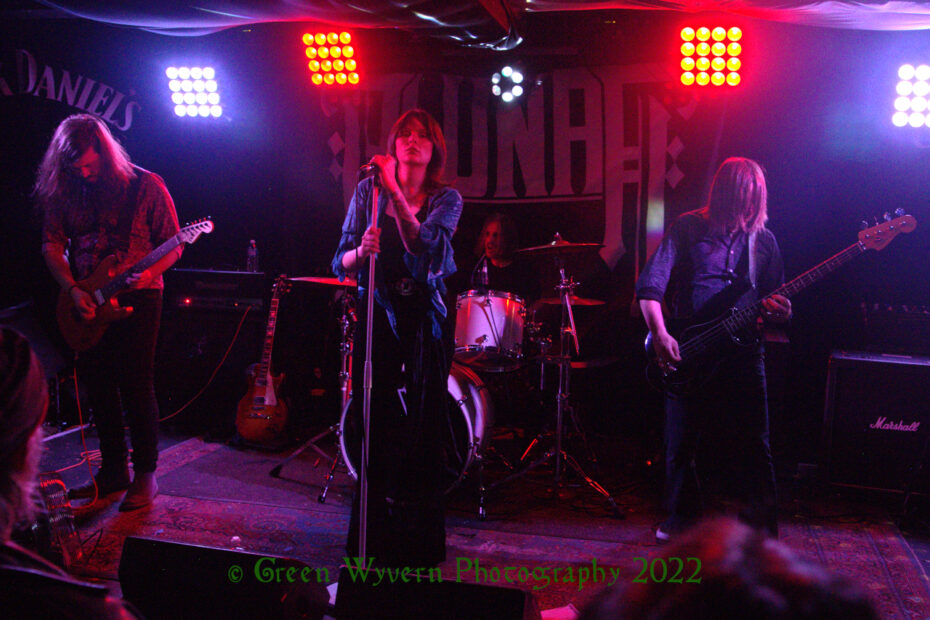 The final act of what should have been the Doomsday festival weekend was played out by bands who had appeared on the bill. From the Midlands came Alunah, main support from Kent’s Famyne, no strangers to the Brighton metal scene, and the evening was launched by local band, Tribe of Ghosts.

Tribe of Ghosts have had a line up change since they started and have the welcome addition of Beccy on vocals and Danny on drums making for a much stronger sound. They were also using this as a warm up before their Metal to the Masses appearance the following weekend.

Next up were Famyne, from Kent, also having changed drummers since I last saw them. They provided a strong doom laden set with a complete line up as the bass player had made it with minutes to spare.

The final band was one of those that I had been aware of for a while and I had been anticipating seeing them at Doomsday. They did not disappoint, with a well played set.