Code at The Black Heart 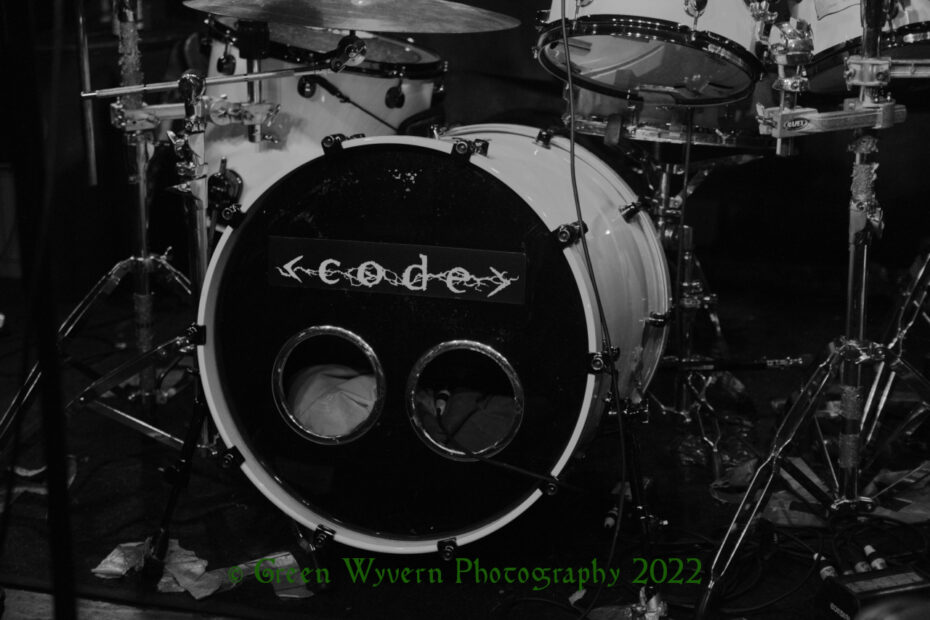 Wind back a few years and Dinko put on South Coast Extreme Metal‘s first Winter Assault. He let me know who he had booked several months before, before announcements had been made. The look on his face as I swore at him when he told me who was headlining – I had already committed myself to Damnation on the same weekend – was a picture. Last Friday, I almost forgave him, as he had organised the same band to play at The Black Heart.

As seems to be too often the case at the moment, one of the bands dropped out at a late stage. They were replaced at short notice by Sanhedrin, who opened the evening with a good set of solid and straightforward Black Metal. Those of us who were there early enough appreciated their efforts.

Next up were Vehement, no strangers to these pages. It was another good set from them, aided at the end by their former guitarist, Tubal Qayin.

When it was time for the headliners to go onstage, there seemed to be more musicians in the crowd than ordinary fans, such was the anticipation. Code did not disappoint, playing a superb set, including numbers from different albums. They left us all on a high.