Gaerea at The Green Door Store 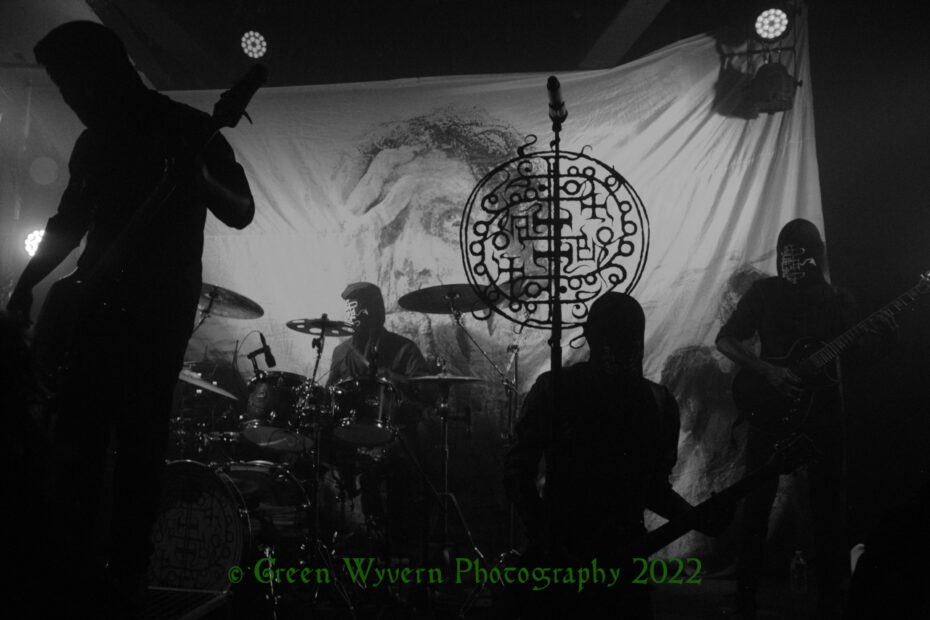 It’s Monday night in Brighton and Black Metallers from around the area are congregating for South Coast Extreme Metal’s event featuring Portuguese band Gaerea. There are a fair number of people out, despite it being a school night and they are an enthusiastic crowd.

First band of the night are Kent and Sussex band Godking who were corpsepainted up and ready to go on stage when I went to introduce myself. Embarrassingly, I didn’t immediately recognise their bass player (I blame the corpsepaint), it slowly dawning on me who he was when we started talking about the photos from the Winter Assault festival. When they came on they attracted a good amount of the audience in, which they were surprised and pleased about. Their set was a good slab of basic Black Metal and they ended up with a rendition of the Anti Nowhere League’s punk classic, “So What.”

Second band on the bill are Wode. They have been gathering a lot of interest recently in the UK Black Metal scene, impressing fans and musicians alike. I was keen to catch them to see what the fuss was about. They easily live up to their reputation, blasting out a no frills set warming the crowd up even further.

Headliners Gaerea came on fully masked up, totally in black from head to foot, with a white pattern on the face of their masks. They also have a reputation that precedes them. Their set was a powerful one and did not disappoint. All in all, it was a good night and well worth going to.