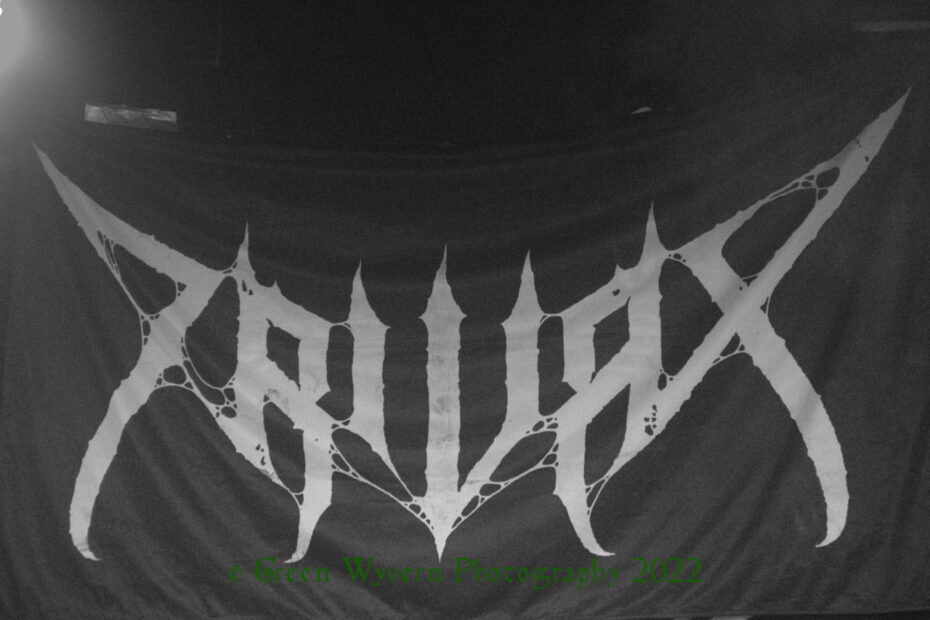 The band in the middle were no strangers to me, the hard hitting Manchester band, Burial. As always, their set was hard, brutal and fast, with vocalist/bassist Dez throwing in humorous comments between songs.

The event organisers ended up having to fill a gap so they took to the stage and Vehement played another great set. They have popped up in several of my recent posts and I still enjoy catching them, as the new line-up is the strongest yet.

The penultimate band of the day were Nahemia, who I had been unable to shoot at their headline gig a few weeks before. They played a good solid set and finished it off with the destruction of Middle Eastern religious books.

Stepping into the breach as headliners were Trivax, replacing A Forest of Stars. They also have a strong anti-Islamic message, two of the members having escaped from religious abuse in Iran and Syria. They are also one of those bands that I have caught several times recently and don’t disappoint. They are a fitting replacement at the top of the bill.