Esoteric at The Underworld 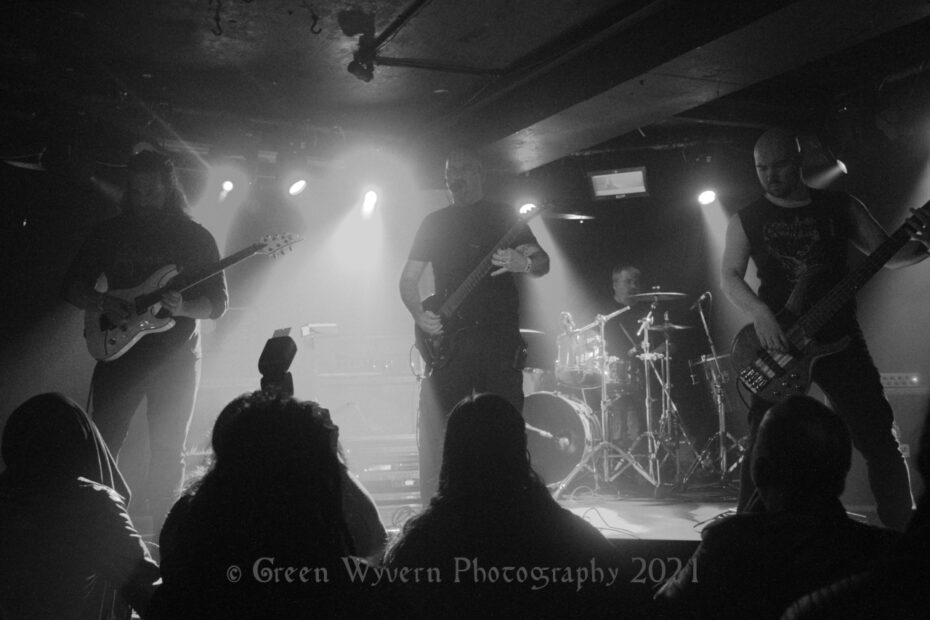 Pre-pandemic, a one day festival, Doomsday Deathfest, had been planned in Brighton. Coming out of the pandemic, the organisers, South Coast Extreme Metal, tried to re-arrange this in Brighton but were unsuccessful. They managed to get a date organised at the Dome in Tufnell Park but this fell through as Covid reared its ugly head again. An event featuring three of the bands was rescheduled for The Underworld in Camden. The headliners were Esoteric and they were ably supported by Necronautical and Vehement.

First up were Vehement, from Brighton. They have changed line-up over the years and have now stepped up a few gears with their music and live renditions of it. They have been a five-piece for a while, since Xysor stopped playing guitar to concentrate on vocals and Tarnkek was brought in to play guitar. This means that the vocal attack is much stronger as all four front row contribute to that. Ohtar especially lends his vocal talents, adding much depth.

Next on were Necronatical, bringing Black Metal from the North. They have been playing dates regularly after restrictions were lifted and have had the operatic voice of Vickie Harley adding to their sound; this gig was no exception.

Finally we were treated to the slow doom rumble of Esoteric. Their music is all the more powerful for moving at a steamroller pace. Greg Chandler’s vocals fit perfectly with the music.