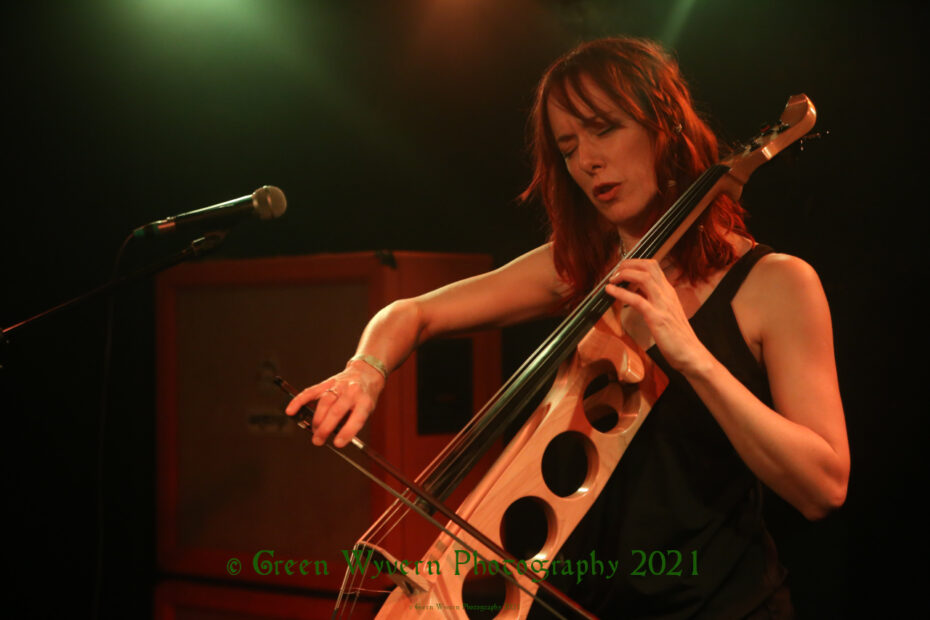 There was no clue online as to what time was the event was starting on Sunday so I headed into Camden early enough to eat. After food I headed to the Black Heart. On arrival, I found that the first band Gévaudan, weren’t due on for another hour. Not to waste that time, I chatted to people and enjoyed a beer.

Gévaudan were well worth the wait, playing a set that could easily be a headline set at a gig. I could also say the same for the next band, Lowen and Five the Hierophant later on. Lowen are graced by a singer and a guitarist who have brought together a middle-eastern flavoured doom set, ably assisted on drums by Damim’s drummer and a bass player. The singer wore a traditional robe, intricately decorated.

Next on were Trippy Wicked, a psychedelic doom band, who played a good set. Five the Hierophant were a very different kettle of fish. Their take on things is a four-piece – drums, guitar, bass and saxophone, with spoken voice on backing tape – playing post-Hawkwind style music in the vein of Ship of Fools or Ozric Tentacles. Next on were Urne (have to make sure spellcheck doesn’t take the piss) who play a solid but unexciting Black Metal. After taking shots of them, I went for a beer and it didn’t take me much persuading to chat with friends instead of heading back up.

Two of the anticipated highlights of the weekend for me were on to finish the festival. The first of these, Torpor, I last shot when they were a four-piece, seven years previously at one of the last gigs before their vocalist left. I have seen them since. The stage lights had been really dimmed down so I had to work really hard to get decent shots of them, whilst listening to the solid and powerful music that they play. No apologies for the graininess of the pictures, I didn’t want to destroy the mood by using flash.

Finally we had a complete change of style and pace with the awesome Jo Quail, solo with her electric cello and looping pedals. It has been an aim of mine to be able to shoot her so I was excited about this prospect as well as being able to watch her play and catch up with her, albeit briefly. I also reaquainted myself to Simon Callas who is one of the photographers I admire and who has taken some really amazing shots of Jo and other musicians. It was a great end to a good weekend. Well done to The Black Heart for the event, all of the musicians who played and to Paula on sound.