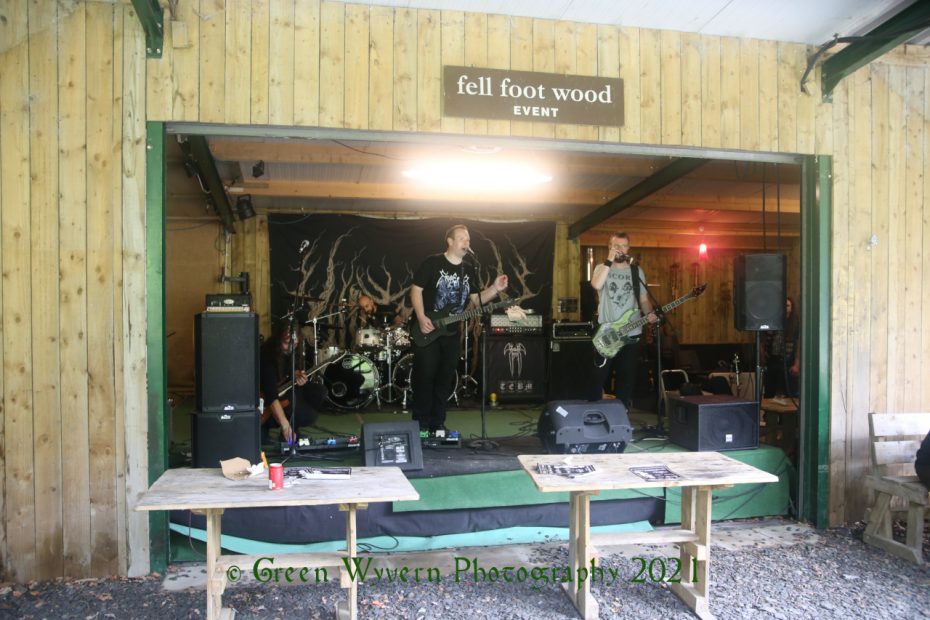 Most people had turned up on the Friday but more appeared on the Saturday, including the bands that hadn’t turned up the day before. The morning was spent by a large number nursing hangovers, myself included. Some, led by the Polish crew and Irish band member, tackled this with spirits. The majority used the time to catch up with people that they hadn’t seen for over eighteen months thanks to lockdown, including members of bands, some playing the weekend, some not.