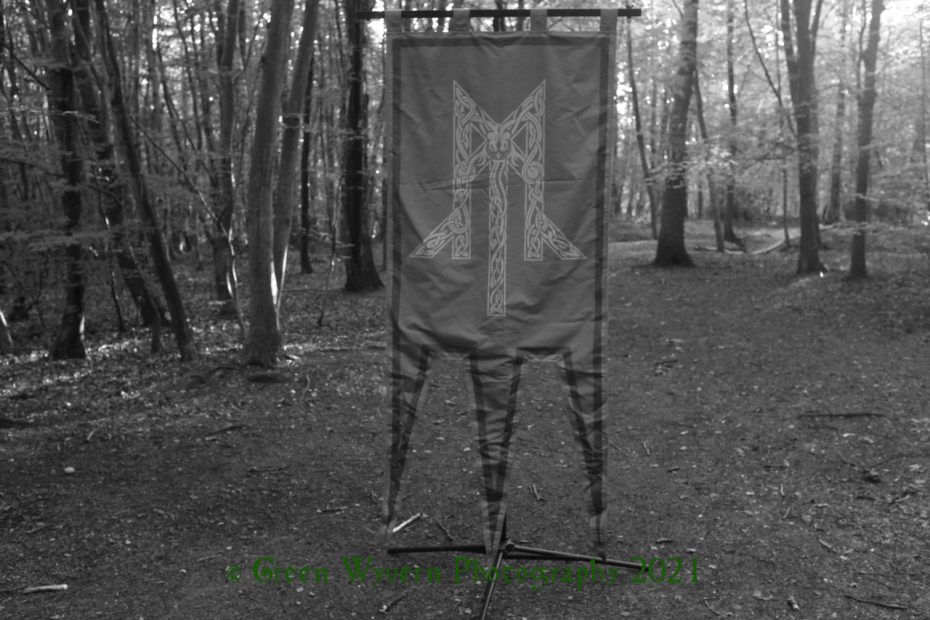 July 2021 found me working away from home in Berkshire, a few kilometres outside of Maidenhead. It is an area I know reasonably well as I had worked for BT in several telephone exchanges in the area back in the 80s. Shortly after arriving, I saw a post on Instagram from Dan from Wolcensmen. He would be playing a small acoustic gig in the woods, somewhere in the area. On the Saturday he posted a description of how to find the gig. I walked from where I was working into Marlow and then out the other side, to an area that I hadn’t been to before, Marlow Common.

After walking around and trying to work out where the location was, I found a path on which someone was setting up a Wolcensmen banner. It was Dan’s brother and I followed the path he directed me to follow until I found Dan and a few other people. We chatted for a while, with more people arriving, until he was ready to play.

He played a great set, some of his own music, some covers and he went down well with the small audience of thirteen. In between numbers he explained why we were at that location and how he saw Wolcensmen progressing form then on.