The Last Show On Earth 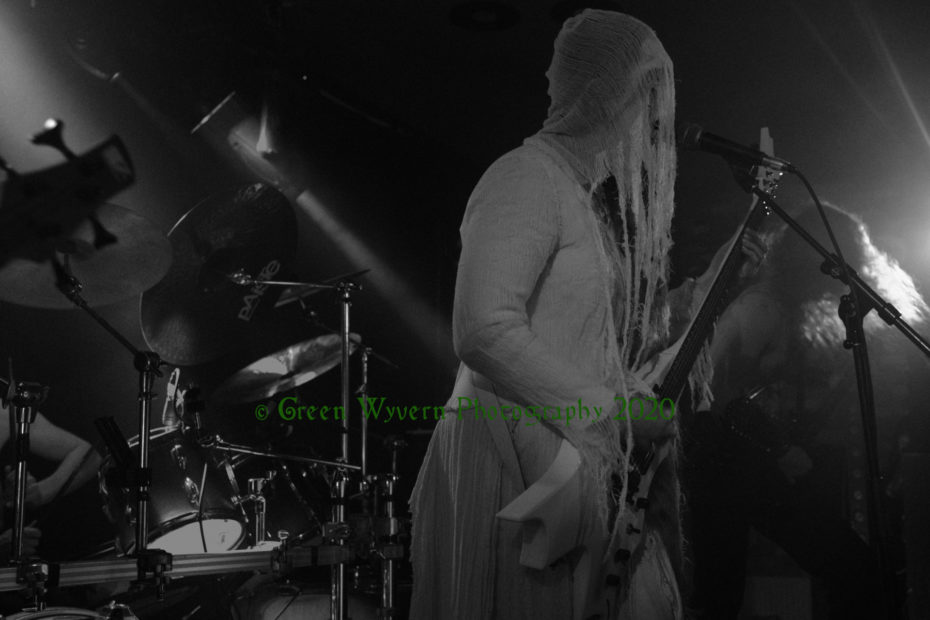 Back in March as the world was starting to fall apart, the UK’s government was dithering about going into lockdown. The weekend before they finally decided to do so there were two gigs at Nambucca in London. The first was originally supposed to have six bands as two tours came together but due to travel restrictions being enforced, and dropouts by UK supports only one band, Fen, played. Fast forward 24 hours and German Black Metallers Darkened Nocturn Slaughtercult managed to stay in the UK long enough to headline their gig.

Nambucca was busy that night, with fans having travelled from different parts of the UK to be there. First off were Blood Countess fronted by the diminutive Nina with a voice that belies her stature. The next band, Horrenda, were unable to make it but were ably replaced by Tyrannos, who should have played the night before. Main support Stahlsarg played one of their fine sets before the headliners came on stage to perform a set that would leave the audience memories of how gigs should be played when the gigs planned for the months after this were abandoned or postponed.

The promoter, Giulian, of Cult of Parthenope managed to book and hold together a fine night of Black Metal. Cult of Parthenope is also a record label and performs other functions in support of extreme metal. He is not a newcomer to the scene, having a history as a musician and a promoter in his native Italy. My first introduction to him was at Eradication Festival where I shot his band Scuorn. He was hoping to add an event to the UK Black Metal calendar this year, Cosmic Void, but this is now postponed to next year. Also involved were the sponsors, Cult Never Dies, who had a stall at the gig.