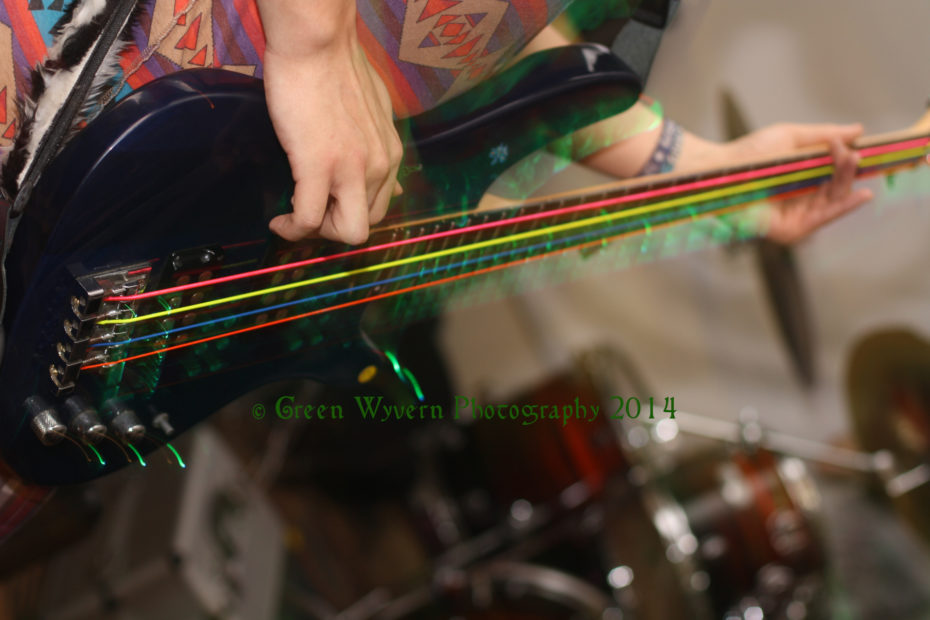 So, here it is, the first blog post from the Green Wyvern Photography site.

This page will be used to display posts of images from gigs, festivals and other events that have happened, either current ones or looking back at previous shoots I have done.

So, how did we get here. The name Green Wyvern came first, about ten years before I got back into photography seriously. I was newly single and wanted a name to use on various goth sites, including a dating/penpal site. After trying out various combinations including black and dark and finding that others had already bagged them, I went back to myself. Green – for many years I had been involved in green politics and at the time I was in the Green Party: I was also a reservist with the Royal Signals TA, wearing mainly green for that. Wyvern – it’s an old English symbol and was the capbadge of the first TA unit I had joined, 2nd Battalion the Wessex Regiment and I had studied my postgrad in telecoms at the University of Essex, at Wivenhoe Park: I later realised that there was a connection with Hastings, where I lived, in that the wyvern was the battle flag of the English, last carried into battle at Battle at the Battle of Hastings in 1066 by Harold Godwinson. I used the name online and kept it when I started using social media. You will still find some people, even though they know my real name, calling me Green.

The Green Wyvern itself was designed by a young artist called Stella as a commission for me. Her brief was to come up with a wyvern that would work as a large picture, a thumbnail and a tattoo. It had to be Lincoln Green as that tied in with the squadron I was with at the time.

I had been a serious photographer in my late teens and early 20’s before deciding that I would spend my money on other things than developing photos. Fast forward to 2009 and I had a bit of money to spend so I bought myself the bottom of the range Canon. I started shooting a variety of subjects and in 2010 I started shooting a local band, Arivmia. At some point, the lead singer, Dan, referred to some of my photos shown on my Green Wyvern Facebook profile as shot by Green Wyvern Photography. After that, I kept using the name. The filmmaking side came in with a chance meeting which took me into the field and I set up a photography and film business after that.

After shooting many different bands of many different genres, I decided to focus my Green Wyvern output on a narrower range of genres. I chose Black Metal as that is the main sub-genre of heavy metal that I am into. Doom is the second. I have been into pop, folk and prog for a long time too. I do have another brand which I have started using for bands and musicians that fall outside of this small range. Having said that, I will include some other musicians on here if I feel that there’s enough of a connection.